A downloadable game for Windows

Figure 8 is a contemplative first person exploration game about the struggle and doubts and expectations most creative people seem to go through when trying to finish their work.

It is narrated by a fictional author reflecting on their work on a story and its protagonist who he perceives to be more than a fictional character.

Note: To change the resolution open the console (tab) and type: setres [Width]x[Height]

Are you planning to add a graphical sub-menu' for graphic options fine-adjustment ?.

I was curios to try this game but the default graphic settings are too hight for my machine. So I've tried to manually change many variables values in your "DefaultSystemSettings.ini" and "UDKSystemSettings.ini"  (located under ..figure-8\UDKGame\Config\) but there are too many options and configurations, and also some of those ones keep to be resetted on every game restart.

Thanks anyway for the attention.

i Done a game review on this game with a few others please check this out https://youtu.be/UP-1U4zIgJg

Two videos even! Thanks a lot, I appreciate it and I'm glad you liked it this much :)

It's awesome to see how people play the game and what I can improve for the next one!

It should display a message allowing you to start the game after the installation has finished and create a 'Figure 8' shortcut in the start menu automatically.

Did that not happen?

Itch app bug: anything with a more than a little complex installer will have that set as being the game executable instead of running it as part of the download and install function.

This was the best story game i have played yet i loved it and i want to see the ending. I hope you enjoy the video

I gave it a spin as well. I really enjoyed the level design, especially the forlorn abandoned factory-part. Would love to see more of that in a game. Maybe with more dimmed and spooky lights, and a slightly scary fellow sneaking about... >:D

Your modeling is great imo, the cave and factory are really nice and feel very genuine. The mountainous area not so much, but that's probably because of the backdrop more than the buildings there, which are also very nice!

As for the story I had an idea of what it could be, but I actually don't know if I'm right.

Edit: I just had to add this. A friend pointed this out to me, I didn't realize it at first. The narrator sounds SO MUCH like Trey Parker from South Park! Like holy shit similar :D If this happened by accident or not doesn't matter, it makes it better! I do love me some South Park!

Thanks for the nice words and taking the time to make the video! I'm glad you enjoyed the game :)

The South Park similarity is coincidence but if you got some more enjoyment out of it I'm not complaining :D

I'm glad you liked the game :)

Thanks for the video, too, I find these things very insightful!

As for your conclusion - you might be on to something ^^ 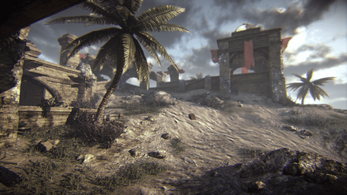 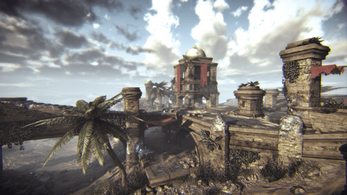 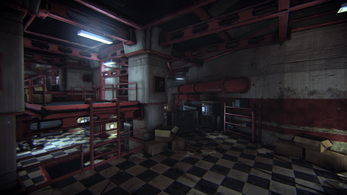 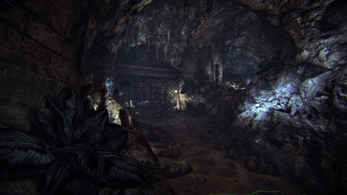